A collaboration between the Jan Garbarek Group and Agnes Buen Garnås, one of Norway's best renowned folk singers.
Posted by Marian at 01:21 3 comments: 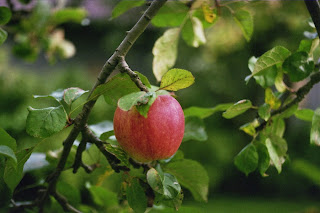 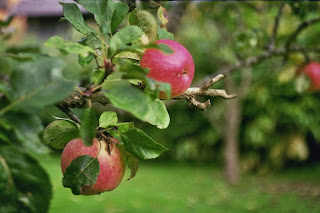 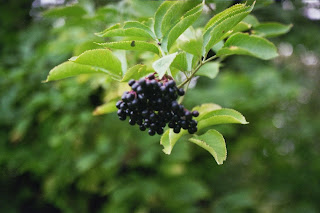 In Scandinavian and English mythology elders give protection from evil, so they mustn't be cut down without asking for the spirit of the tree, the Elder Mother's, forgiveness first, or she will take revenge.

I always ask for forgiveness. Not only elder trees. Nature isn't a resource. It's there in its own right.
Posted by Marian at 11:11 No comments:

Awesome lecture by Will Hall

Gianna has posted Will Hall's lecture "Coming off medication; a harm reduction approach" on her blog. Will held the lecture this afternoon at First World Congress Hearing Voices in Maastricht, Netherlands. Click the link at the top of this post to get to Gianna's blog where you can listen to it.
Posted by Marian at 21:20 No comments:

Freudian slip of the month

The Danish media today reported that the "battle against suicide among the mentally ill has been fruitless". Statistically, once every other week a labelled person commits suicide while incarcerated at a psych prison. In spite of, as the media has it, an increased focus on the problem, various plans of action, increased screening for suicidality, and a lot more controlling measures applied to those, who are assessed to be suicidal, the number of suicides at psych prisons has remained stable. "In spite of"??? Well well...

While surfing the net for blog entries about the matter, I came across a post entitled "Kamp mod psykisk syge slår fejl", which translates into "the battle against the mentally ill has been fruitless".

My comment: "While I suppose the choice of words wasn't a conscious one, the title of the post is right on. It is indeed a "battle against the 'mentally ill'" psychiatry (and society) are conducting. Unfortunately though, there's a limit to how fruitless it has been so far. Psychiatry is actually quite efficient, as the unchanged suicide rates suggest."
Posted by Marian at 18:44 No comments:

From The Last Psychiatrist's blog: "However, most of these 'patients' do not need these medications, most do not need psychiatry at all.  Of course many do, they are truly sick and but for psychiatry their lives would be chaos."

I'd say, the only reason why the lives of those "many" and "truly sick" people he obviously refers to here, and of whom I'd have been one myself, aren't chaos is that psychiatry has, successfully, destroyed these lives. Not perhaps because it has helped the people sort things out.

But well, he's a psychiatrist, right? And he's no Loren Mosher...

"Search inside your heart..."

My YouTube-comment: "What is traumatizing to human nature? The very normal though also very unnatural circumstances, that alienate it from itself. Unfortunately, violence is just all too normal in our culture. Biopsychiatry being a kind of meta-violence, as it violates those, who react to our culture's violence. (...)"
Posted by Marian at 13:26 No comments:

The end of suffering - genes and schizophrenia

This is a post I wrote for Gianna Kali's blog Beyond Meds. I publish it here too, as Gianna's blog has no comment function for now. So, feel free to tear me to pieces. Still, it would be nice if you considered this blog's comment politics...

The end of suffering- genes and schizophrenia

"Det är synd om människorna," is an often quoted line from August Strindberg's A Dream Play. Translated into English, the line becomes: "Human beings are to be pitied," which is a correct literal translation. Nevertheless, it fails to capture the very essence of the Swedish original, and often leads to the misunderstanding that Strindberg intended to say, human beings were to be pitied because of the suffering that is - being human. No, human beings are not to be pitied because their suffering in the world is without comparison, inevitable, and sometimes even endless. They're not to be pitied because of the suffering that is both humanity's greatest challenge and its greatest gift at the same time. There's nothing in nature, human or other, that doesn't serve a purpose. And there's only one purpose: life.

Human beings are to be pitied because they fail to recognize and acknowledge this. Because they have made suffering their worst enemy, whom they fight with all their power and strength. Because they have waged war on nature, not least on their own nature, on themselves, on life.

That is what Strindberg's line and A Dream Play, which Strindberg himself said was "the child of my greatest pain", as a whole is all about.

The Danish newspaper B.T., a tabloid, ran an article on Tuesday, September 1st, 2009, under the headline "Skizofrene fostre kan sorteres fra" - "Schizophrenic embryos can be screened out".

According to another article at the website of University of Copenhagen, "Genetic Causes of Schizophrenia", a group of European researchers has found chromosomal changes in individuals labelled with "schizophrenia", that they interpret to be the main cause of the "illness". Their research is now granted a fund of additionally 30 million Danish crowns, in part paid by Lundbeck, a Danish pharmaceutical company, specializing in drugs for the "treatment" of "mental illnesses", Alzheimer's and Parkinson's disease. Cipralex/Lexapro is a Lundbeck-product, as is Serdolect, a lesser known "atypical antipsychotic", in part by the Danish National Advanced Technology Foundation, and the Danish Medical Research Council.

The additional funding is granted in order for the researchers to develop diagnostic tools, a new generation of drugs, targeting the mutated, "defect" chromosomes, and tools to screen embryos for the chromosome changes in question, so that parents to be can choose an abortion if the embryo shows these chromosome changes.

The few critical voices that are heard here and there in the media don't go beyond questioning if it is "ethical" to screen out and dispose of embryos, that may or may not actually develop "schizophrenia" later in life, since the researchers admit, that it takes more than the identified mutated chromosomes for the "illness" to manifest. They also have found the specific chromosome changes in individuals who are not labelled, and do not display signs of the "illness", just as they found labelled individuals without the changes. So, basically, the results are not significantly different from what we have seen this kind of research conjure up so many times in the past.

Which obviously is significantly different, increased, once more, is our culture's belief in Social-Darwinism, and eugenic weapons in its war against our existential suffering, against our own nature. Because what the researchers really have found is not the cause of any biological brain disease, but the formal, biological effects of the challenges, humanity faces: social injustice, violence, abuse, exploitation, alienation...

At least since Paul Hammersley and John Read's meta study, we all know, that most people who are labelled with "schizophrenia", are survivors of abuse. And while Hammersley and Read concentrated on physical and sexual abuse, abuse has many faces. Most of what our culture values as "normal" in fact is unnatural, actually alienating us from (our) nature. It is a "toxic mimicry" of nature, to use Derrick Jensen's terminology. To expect our nature to submit to this toxic mimicry without resistance, and deny itself, is a kind of abuse. We're all traumatized by this abuse. It's what the Fall Of Man refers to. No one is innocent.

What we also know by now is that childhood trauma can change both neuronal pathways in the brain and genes. Like all form in this world, also genes react and adapt to the environment they're surrounded and influenced by. The form, our body and also our genes, is always a symbol, a sign, a "symptom", reflecting on a formal level whatever formal, existential, spiritual, psychological, social, etc. challenges we face by reacting to these challenges. A nonreactive entity, if it is a human being, a person, or a single gene, is not fit to survive in this world as it is defenceless exposed to it's destructive abusiveness.

Mutated chromosomes are not the cause of anything. Neither of "schizophrenia". They are a symptom - of the challenges, the social injustice, the abuse, the alienation, the violence and destructiveness we face in this world.

We can try to eliminate our suffering, our reaction to the challenges that surround us, and to gene-manipulate respectively abort humanity into a state of nonreactivity. It will be exactly this, the abortion of humanity. As nonreactive to our environment we will no longer be able to survive. Nonreactivity to the challenges we face will allow this world's destructiveness to unrestrained destroy not only the basis for our biological survival, but, and even worse, since our biological survival depends on it, the basis for our spiritual survival, for the survival of what makes us human: our souls, our suffering souls. We can try. While the researchers, and everybody else, are positive to have found the cause of "schizophrenia", as long as there's one single alive human being left on this earth, they will react to the world. To eliminate existential suffering, we will have to eliminate humanity. Although the Nazis were extremely efficient, murdering people who suffered in the way that is labelled "schizophrenia", although they sterilized everybody whom they did not murder, preventing them from having children, the percentage of people who met the criteria for "schizophrenia" did not decrease in Nazi-Germany. The percentage of Jews did. Remarkably. What does this tell us about the "genetic causes of schizophrenia"?

In the meantime, it nevertheless looks like humanity won't rest until it has not overcome but eliminated suffering by perfectionizing its cultural nightmare's alienation and deadness. It looks like we will eliminate nature, both our own and that around us - and end up perfectly inhumane. The latest research on the "genetic causes of schizophrenia", and the consequences it inevitably will have, is another huge battle won in our war against ourselves, on our way toward a perfectly inhumane world.

So I ask: Is it "ethical" to eliminate life's greatest gift to humanity - humanity itself?

You may accuse me of romanticizing suffering, of being detached from reality, having my head in the clouds. You wouldn't be the first to do so. I'll answer you, that I've suffered myself. Indescribably. And I still do suffer. From being an alive human being. I wouldn't want to trade that for anything in the whole wide world. Suffering isn't a - romantic - accessory to life. It is the incentive necessary to bring about change, to have us keep walking on the road of constant change. And only as long as we keep walking that road are we truly alive. Suffering is not a superfluous accessory to life. There's nothing superfluous, dispensable, in nature. And suffering is natural. It is life.
Posted by Marian at 21:49 2 comments: